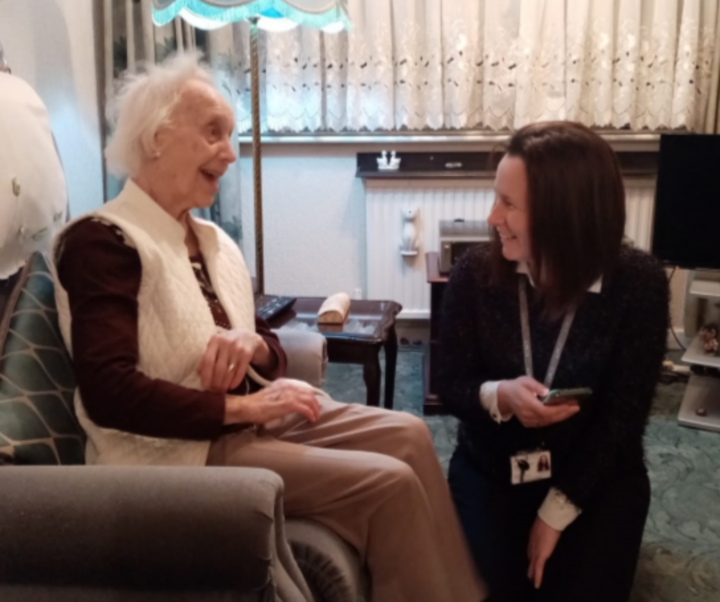 Introducing – Ursula! Ursula is 97 and moved to Rotherham from Hamburg in 1949 after marrying an English soldier. She has lived alone since the passing of her husband a number of years ago and her only son (in his 70s) lives in Hull. She has one friend that calls in occasionally, but aside from this friendship Ursula spends all day on her own; she hates the television and as a published author is quite the bookworm, but cannot read nearly as much as she’d like due to her deteriorating eyesight. Ursula was referred to us by the social perscribing services as she frequently called for ambulances just to have someone to speak to. She now has three different numbers to call for a chat instead of her trusty ‘999’!

I introduced Ursula to her first befriender Sarah in November 2019. Sarah teaches science at the local college and Ursula said that she hadn’t had a conversation so engaging for a long time. Sarah calls in once a week and often brings her little ones, who adore Ursula. During lockdown, visits haven’t been possible and Ursula really struggled as the telephone was her only means of connecting with the outside world - “my world has ended at my garden gate”, she told me in May. I paired her with a second befriender Eli, a qualified occupational therapist, and they love chatting about Eli’s dog Ranger over the phone. Eli picks up on Ursula’s dips in mood and anxiety levels, and keeps me abreast of her needs and struggles.

Ursula mentioned that she really missed the German magazines that her local shop used to stock for her but since they went out of business she hasn’t managed to get any. Although her eyesight is deteriorating, she said she would 'stand on her head' just to be able to read one again. I put out a quick Facebook request and soon had 10 magazines to send to her – these have been a great source of comfort and entertainment while she couldn’t receive visitors. Seeing what a boost reconnecting with her mother tongue and culture gave her, I decided to pair her with a third befriender, a young man training to be a solicitor. Only this time, she would be able to converse with her befriender in her mother tongue, as Marcell is native Hungarian with excellent German! She hadn’t spoken German for many years so was thrilled to have the opportunity to speak it again. She says “he's a darling, he's so interested in the world. We speak all about Hungary where he's from, I've only driven through before it but I can just picture the mountains and the rivers when we speak”. Ursula is able to travel the world again, in her mind. Although at home for now, Ursula looks forward to welcoming her new friends for a cup of German coffee and lebkuchen when the pandemic passes. 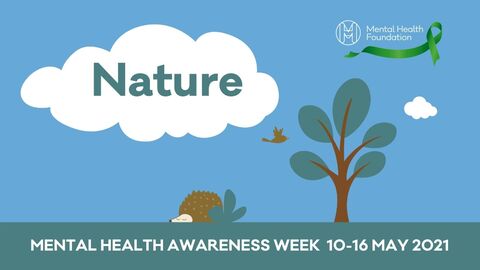 10-16 May is Mental Health Awareness Week and this year's theme is Nature. Read all about what you can do to get involved this week, how the Befriending Networks Team has been getting out into nature and signposts to services to help you support your mental health.

Home-working, home-schooling and all the other restrictions brought about during the various periods of Lockdown over the past year have presented many challenges to mental health and wellbeing. This is why it is particularly important to reflect and take some positive actions to support yourself and others during Stress Awareness Month this April. Read on for great ideas of little ways to make a big difference to wellbeing from our members!

An Update from Befriending Networks

With our membership growing and the pandemic continuing, it has been a busy start of 2021 for Befriending Networks. Read on to learn more about our team and who to contact with your enquiries.