Home News How 'Blue Monday' got us talking about Loneliness

Blue Monday is the third monday of January and has, in recent years, been labelled 'the most depressing day of the year' due to a combination of cold weather, the end of the holiday season, and bills from festivities now coming due. Whether this is a travel company conspiracy to sell holidays or has some grounding in research was up for debate this year, but alongside this debate were a lot of interesting and important conversations about loneliness.

Awareness about a rising experience of loneliness in the UK, ways to tackle loneliness, and organisations who provide support spread through social media via The Department of Culture Media and Sport, The National Lottery Community Fund & the many befriending organisations who benefit from Lottery Funding, and the multi-organisation partnership that supports the #LetsTalkLoneliness campaign.

Alongside this, The British Red Cross and BBC worked with Dr. Radha who's videos, articles, and radio interviews worked to decrease the stigma of loneliness and offer helpful advice to those experiencing loneliness right now.

Samaritan's #BrewMonday campaign also encouraged people to reach out and connect with each other through a cuppa and a chat.

It was, therefore, timely that the Loneliness Annual Report was released by HM Government, reflecting on what has taken place since 'A Connected Society' was published in 2018 and laying out the aims and actions for the future, along with the promise of a further for £2 million for projects that increase connection and end loneliness. The Telegraph article, in which Minister of Loneliness, Baroness Barran, shared how her "refugee mother spent first Christmas in UK alone", gave insight into her personal drive to tackle loneliness.

Our membership also contributed to making 'Blue Monday' brighter through social media posts about the positive impact of befriending and by hosting events like the 'Brew Monday' at BHA BeFriend (pictured above) where folks gathered, chatted over tea, and visited with therapet Holly! Although the concept of one 'depressing day' threatened to trivialise the experiences of those struggling with mental health or loneliness on an on-going basis, the opportunity it presented to talk more about feelings, experiences, and the type of help and support available leant itself to meaningful conversations online and in-person.

As the COVID-19 pandemic continues Befriending Networks aims to keep befriending and other volunteer-involving organisations up to date and supported as best we can.  Here is the latest update containing guidance and information on how to access the resources we have made available and support from the team (updated 6th April 2020). The situation continues to change so please continue to check here for new information, guidance and/or resources.  Q&A sessions 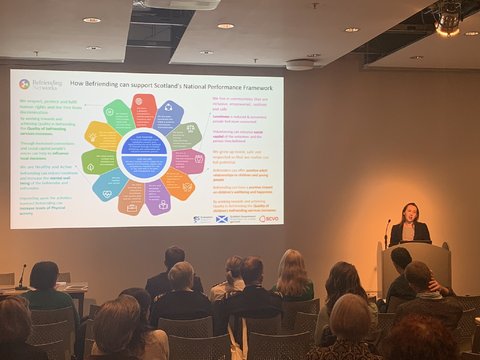 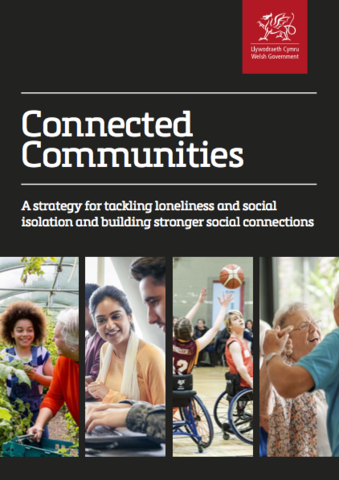